Thank you for your patience while we retrieve your images.

8 photos
This is a guitar binding jig that I built based upon an ingenious design by luthier Don Williams. You can read more about the design here.

My jig also has a second "lazy susan" around the router, which is a design modification by luthier David White. It is explained on his site.

The idea of the jig is to hold the router vertically aligned as it rides around the guitar. The binding channel is then always cut parallel to the sides of the instrument. This solves the problems that would be encountered guiding a router with its baseplate on the top or bottom of the guitar. Since the top and bottom surfaces of the guitar are convex and sloped, it is very difficult to manually route binding channels and keep them parallel to the guitar body sides.

The second lazy susan allows the router to revolve on its mount, which enables the use of a router-mounted edge guide, rather than a bearing guided bit. 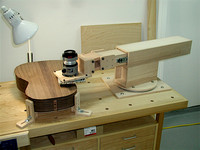 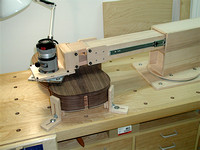 Routing for Side Binding 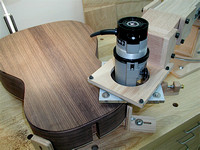 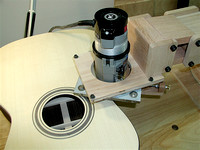 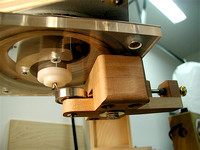 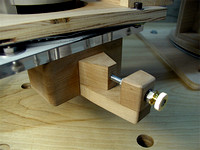 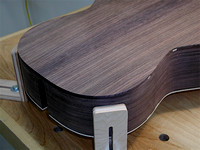 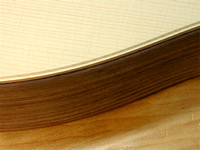